A few weeks ago, I was in Madison for a conference. For some reason, by the time I got around to booking, everything in the city was either full or ridiculously expensive, so I ended up having to hotel hop each night. The first night, I stayed in the HI Madison Hostel, part of Hostelling International USA. I’d never stayed in a hostel in the United States (or anywhere out side of Southeast Asia) before, so I was interested to see what the experience would be like.

Overall, it was great. First of all, compared to the hotel I stayed in the next night, the cost was cheap, coming in at about $33 for a bed in a room with six other people. (The $33 included a surprise “membership” fee in Hostelling International, although I have no proof that I’m a member now, so I’m not sure how that will work out if I try to stay in another of their hostels in the future.) The hostel was also clean and warm, which was good, since I did not bring enough clothes for fall in Madison. 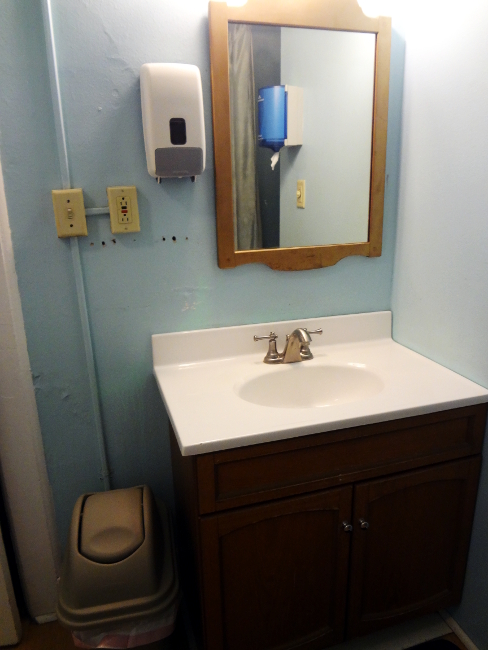 The hostel was also clean, another plus. I’ve stayed in hostels that aren’t so clean which, unsurprisingly, isn’t so nice. There also seemed to be a good number of bathrooms, including gender neutral bathrooms. Though the hostel was completely full (and a lot of those people were conference goers), I never had a problem finding an empty bathroom or shower when I needed one. 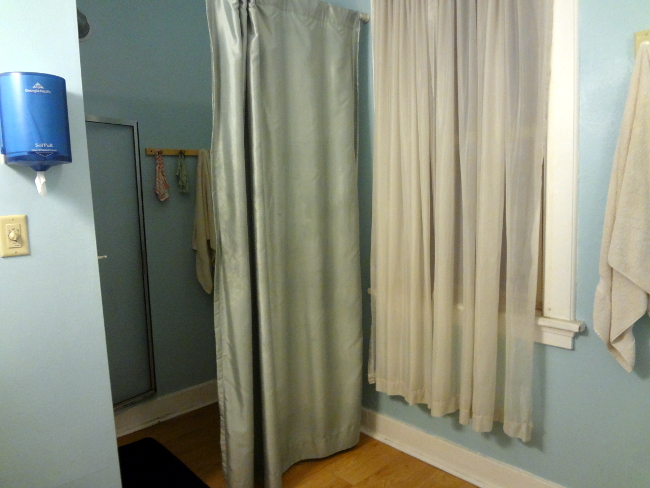 The unknown factor when staying in a dormitory in a hostel is always how the other people will be. While my room wasn’t quiet, everyone was respectful and I didn’t have any big problems sleeping. Everyone’s bed was assigned; I ended up with a top bunk. There were also lockers (without locks–bring your own) in the room that were not assigned. It appeared that people were picking them at random. The room had a separate keypad to keep it locked, though it seems like it would have been easy to guess the code if you already knew the code to the hostel’s front door.

The room also had a bathroom attached to it with a separate shower, toilet stall, and sink. This was very convenient in the middle of the night and when everyone was trying to get ready for the conference in the morning. 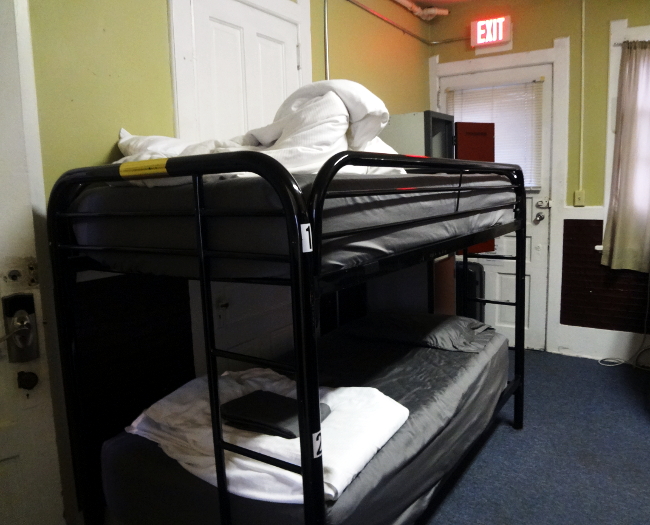 The biggest disappointment, for me, was breakfast. While a “continental breakfast” is advertised on the website, it didn’t amount to much. Some bread and bananas were provided, as well as pancake mix if you felt like you had time to make pancakes. I definitely didn’t, and also didn’t see the apparently available griddle necessary to make them. Luckily the librarian meeting I went to first thing in the morning had more food available than one banana per person!

If I were to do it again, I would still stay in the HI Madison Hostel. While the building was a little old, all my needs were met (except for breakfast) and, most importantly, it was clean. I also didn’t find it any different from hostels in Southeast Asia, except for the price point (though I’m also not sure what I was expecting to be different). Maybe next year I’ll book early enough to get a private room during the conference!

It’s been a couple more weeks into my Tamil journey, and though I still can’t really say that I have a better grip on the language, I am here to report that I can now sound out words. Which is definitely an improvement.

Now, though, I’m working on actually being able to form sentences, which is proving to be more difficult than I first anticipated, since it turns out not all languages follow Indonesian sentence patterns. In my quest to write sentences on my own, I’ve turned to some outside materials to supplement my course work, because I can use all the help I can get.

The first thing that’s really been helping me has been Memrise. For those of you who aren’t familiar, this is a website based on flashcards, most of which are user-created. As with other systems, such as Anki, you work through the flashcards using a system of spaced repetition. I use a similar method with my physical flashcards as well, but Memrise has been very helpful in automating the process and in cutting down on time spent making flashcards. In particular, the Beginners Tamil Script course has been fantastic. It walked me through all the letters and I’ve now moved on to recognizing written words. This course also includes a lot of audio files, which really helps in terms of connecting sounds to letters.

I’ve also been using the Tamil in Context course, which is a course that reviews the words that come up in my class’s textbook. This course doesn’t have audio, so I’ve found myself resorting to having Google Translate read the words to me. I can’t completely vouch for Google Translate’s pronunciations (some of their Tamil translations are certainly egregiously wrong), but even approximations of the pronunciation have really been helping me.

And speaking of the textbook, it’s available online for free. It is arranged in a rather confusing way (be sure to look for horizontal navigation on whatever page you click on to make sure you’re not missing content!) and doesn’t feature a lot of transliteration, which made it hard to use in the beginning. With a few more weeks under my belt now, though, I’ve started going back to earlier lessons and I’ve found that I’m finally able to understand them.

For a supplementary textbook, I’ve been using Elementary Tamil by K Karunakaran and R. Balakrishnan, which is composed of very small readings that have really been getting me up to speed in terms of how sentences are constructed. I can even write things like “He is my friend,” which I could not do two weeks ago.

Other Blogs of Interest